THE CRADLE OF TEXAS CONSERVANCY (CTC)

The Cradle of Texas Conservancy was established in 1982 by concerned volunteers, to assist local agencies and organizations in efforts to promote recreational areas and activities within Brazoria County.  Although its first activities focused on creation of the first parks of the then-new Brazoria County Parks Department, it has remained in existence to assist other agencies and related purposes.  Its ongoing  goals are to promote recreation and to protect sensitive areas within Brazoria County and surrounding areas. This is accomplished by holding property and/or money until they are needed by the agency and/or organization.  Since that time, the Conservancy has continued to exist, gradually accepting donations (generally small gifts of land or funds), while transferring  or selling properties when deemed appropriate.  In some cases, the CTC has accepted ownership of wetland mitigation land and/or conservation easements on privately-held lands.

The namesake of the organization (Cradle of Texas) is a local term used the describe the fact that this area is where Stephen F. Austin began his colony, which became the largest and most successful of the various empresario grants of Spanish and Mexican Texas.  The first of his "Old Three Hundred" colonists arrived on the schooner Lively at the mouth of the Brazos in 1821, and this river served as the main entry point for many of the rest, growing into a large population.  In 1835, as opinion shifted towards Texas independence from Mexico, Stephen F. Austin arrived back in Texas on the schooner San Felipe at the mouth of the Brazos, after 20 months of imprisonment in Mexico.  Still hopeful that his colonists could maintain his policy of "Fidelity to Mexico", he sailed right into a sea battle at Velasco between the colonists and the Mexican cruiser Correo Mexicano, convincing him to decide for Texas independence, after which things moved quickly to open revolt.  After Texas won its independence at San Jacinto in Apr-1836, the new interim government met at Velasco, where Santa Anna was held prisoner and where he signed the Treaties of Velasco. Thus, in a way, the Texas Revolution can be said to have started and ended in Brazoria County.  After new democratic elections occurred  in Sep-1836, the government moved to West Columbia in Oct-1836, and this is where Sam Houston took office as the first President of the Republic of Texas, and where Stephen F. Austin died near the end of 1836 while attending to his public duties as the first Secretary of State.  His personal choice for his home was near Jones Creek, and this is where he was interred from 1836 to 1910, when moved to the State Cemetery in Austin.

1858 USCGS Map of "Preliminary Chart of Entrance to Brazos River, Texas" by A. D. Bache and others
​
The purpose of the Conservancy is:
1. To increase parks and open space in the Brazoria County area.
2. To accept and manage funds and property from persons and corporations.
3. To make financial or other contributions for expanding and improving the park systems of public governmental agencies.

The need for land trust organizations lie in the fact that donors can obtain a tax deduction for their donation to a 501(c)3 organization, which would not be available if donated directly to a public government group.  Also, a 501(c)3 status is often beneficial (occasionally required) to apply for grants.  Also, by pooling many small donations, the CTC can effectively focus on local needs.

More details can be found by clicking on the following live links: 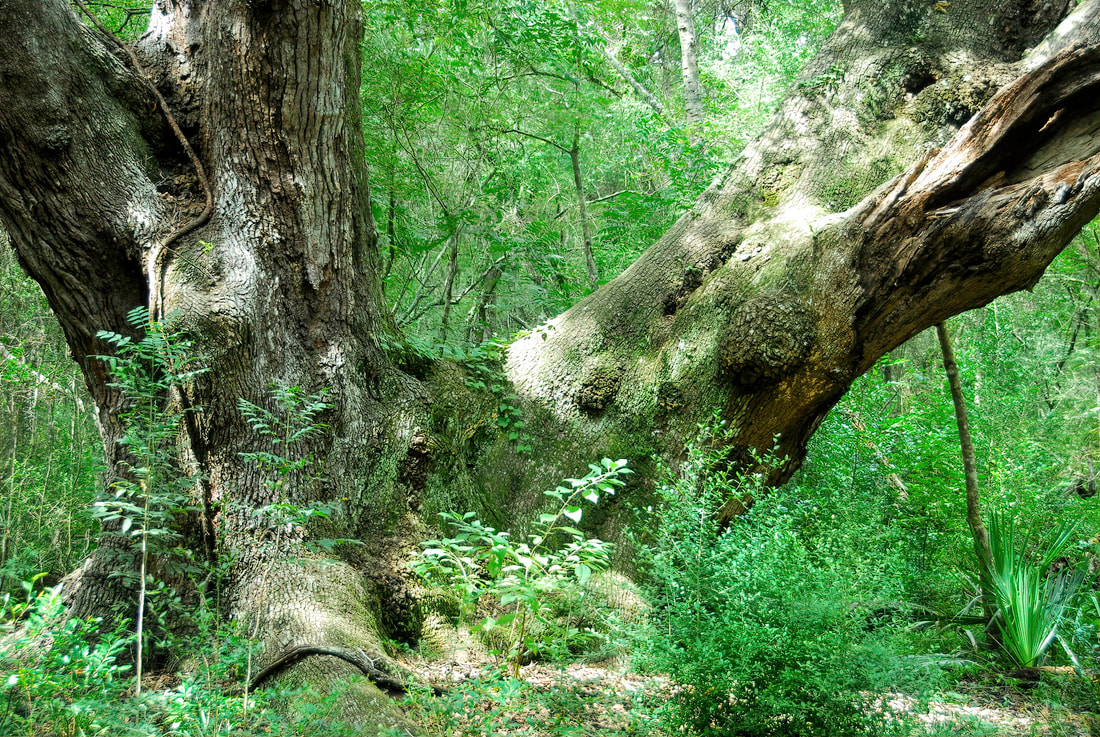 San Bernard Oak at San Bernard National Wildlife Refuge - Texas State Champion Live Oak, 2003-2016
In recent years, the CTC has adopted a more pro-active role, by tackling some larger new projects:
- Replica of the 1832 Mexican Fort Velasco
- Sponsorship of contractors to pursue grants for coastal, prairie and bottomlands natural areas
Donate to Preserve​
Please consider a donation to the efforts of the CTC to preserve the open spaces,
natural areas and history of this area, by clicking on the link below.​